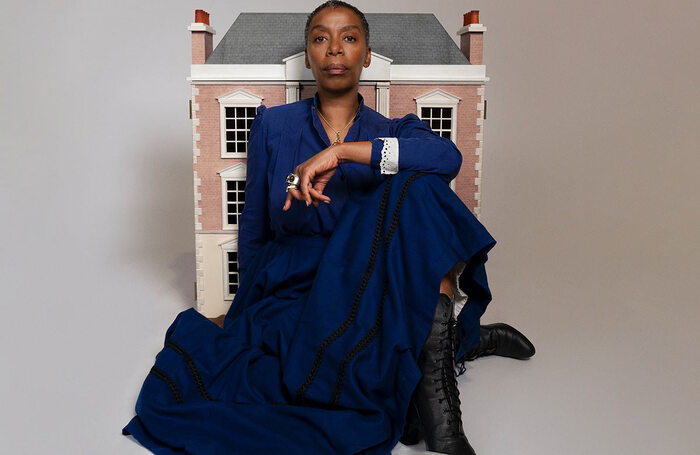 The sequel to Ibsen’s play could not be more satisfying: it challenges the audience to think deeply about their lives and finally places the onus on the individual to affect change in a society that embraces diversity but still legalises inequality. As the programme states, Ibsen took note of the advice ‘in a good play, everyone is right’ and in this production we are carefully taken through a series of viewpoints with which we only temporarily sympathise. 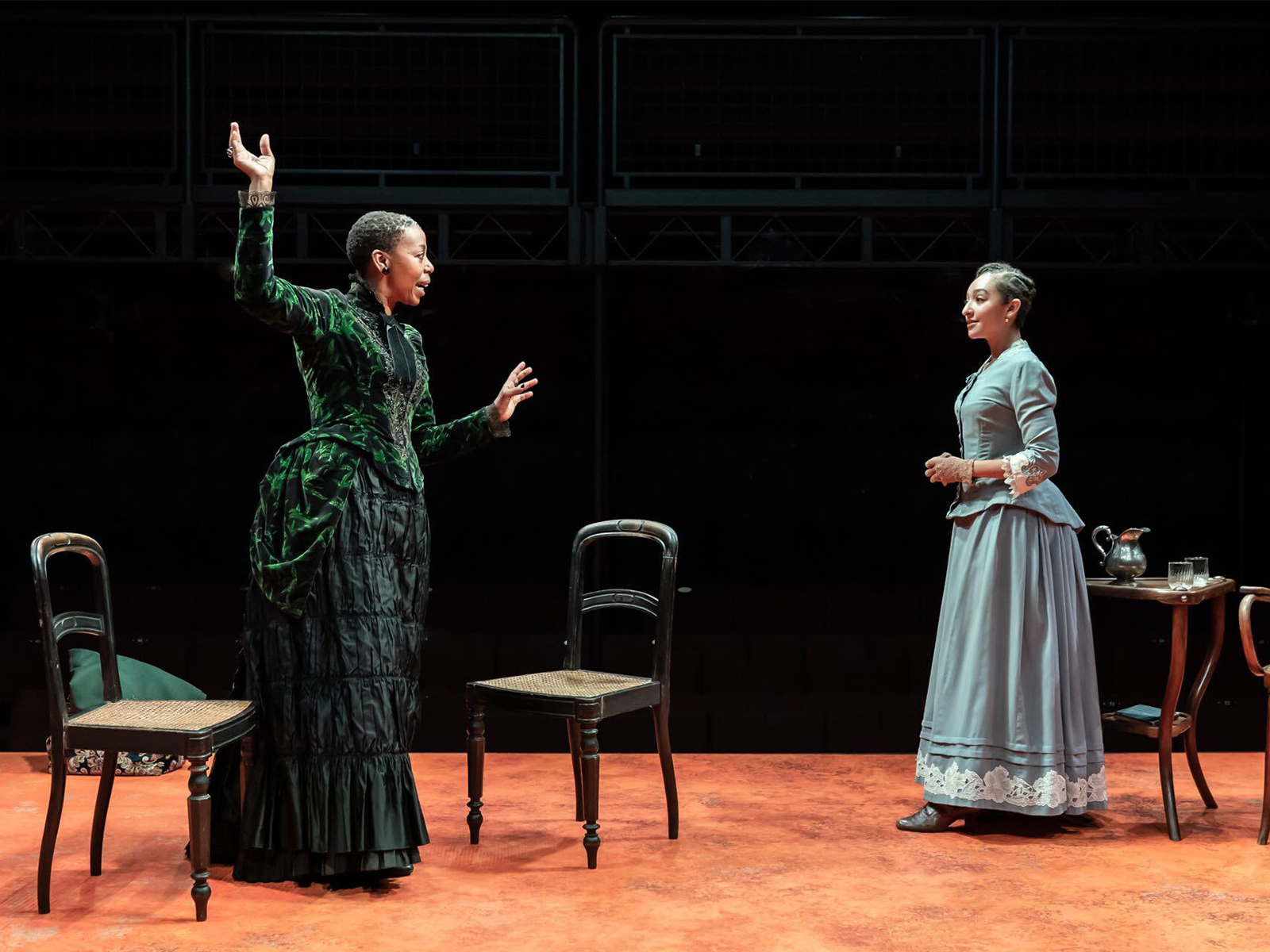 At no point, is the ending obvious – one of the many stitches sown to the original. Set in the round and an impressively large, bleak house dominates the stage before the audience hears a ticking clock and the set lifts. Like Daldry's crashing house in ‘An Inspector Calls’, this moment is deeply symbolic – as the house rises so we see each other. The bare staging (a few wooden chairs and table) works to enhance the sense of time past and duologues are carefully choreographed around a square. 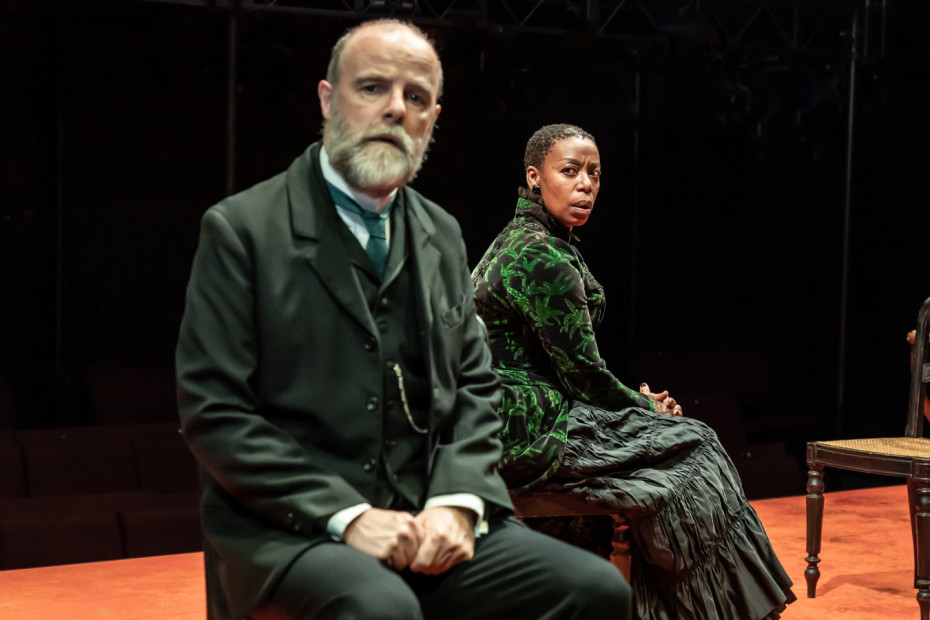 The ticking clock sets up the idea of a bomb exploding and the tension throughout this 90 minutes is palpable. Noma Dumezweni gives us a fascinating Nora, she is unapologetic and brutally honest, when she meets her daughter she conveys regret and pride simultaneously; Patricia Allison is majestic as an eloquent young woman who consciously opts for marriage whilst her mother seeks divorce. The way in which she takes calm control as her mother asks for her help seems to suggest she has thrived intellectually in the absence of her mother but is also a younger version of her. Brian O’Byrne’s performance as Torvald is breathtaking, his silent stare speaks of repression and sadness and in a late outburst of frustrated anger, he delivers such poignancy it's hard to watch. 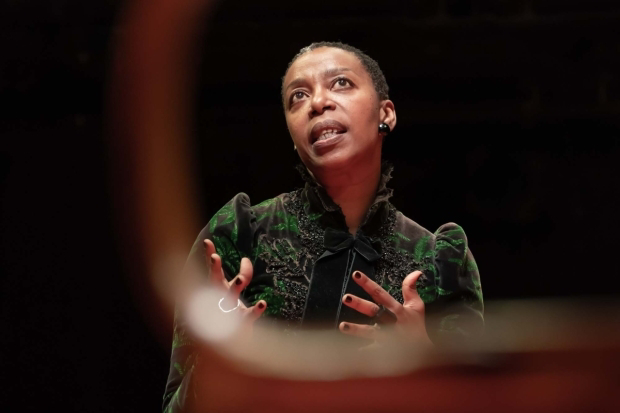 This is a production in which all are victims of injustice. June Watson's Anne-Marie is heart-wrenching, at least the other characters have time to forge their destiny, she is left exhausted and aware that self-reliance has been an imperative from birth. If he were here now, I think Ibsen would be clapping but like Nora, surprised that we haven't moved further along the road in a hundred years.
Reviewed by: Sally-Anne Thompson