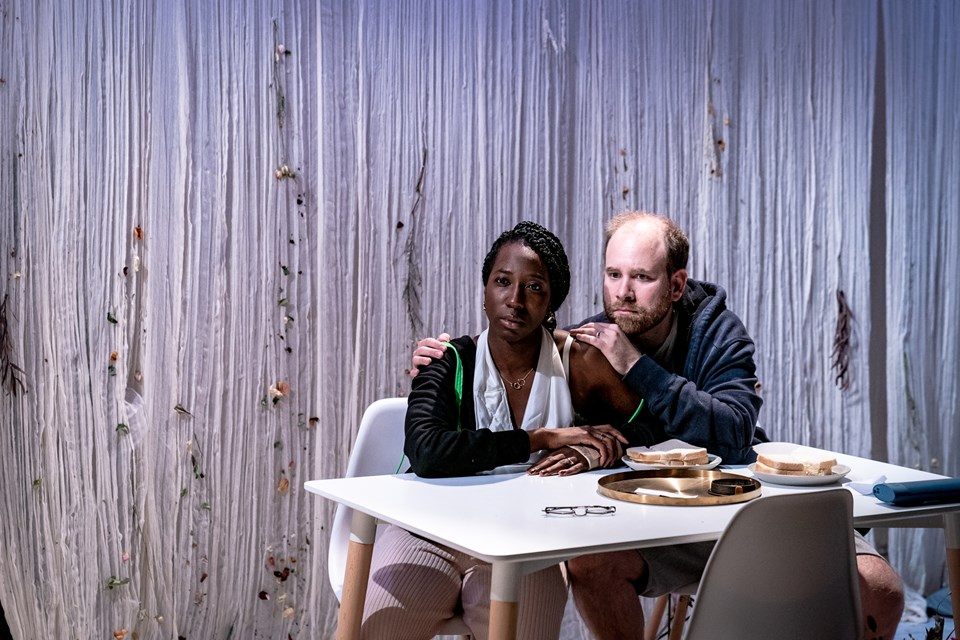 As debut productions go, Saffa Benson-Effiom's 'Til Death Do Us Part' is unafraid of hurtling towards the subject of Grief within Family, and in this occasion, the loss of a son, and how the immediate aftermath affects those that are left behind.
The beauty of this production is the eeriness of silence that begins proceedings, with our focus drawn upon the two leading actors, Danielle Kassaraté and Richard Holt, who portray Wife and Husband. Sylvia and Daniel. Prior to the death of their son, the relationship between the two is already a little strained, but with this opening segment, where flowers start to dominate the stage, both Kassaraté and Holt draw us into this unfathomable situation with such aching for hope between the couple; as the play progresses and dialogue is brought into the equation though, hope seems like the last thing we'll be treated to. 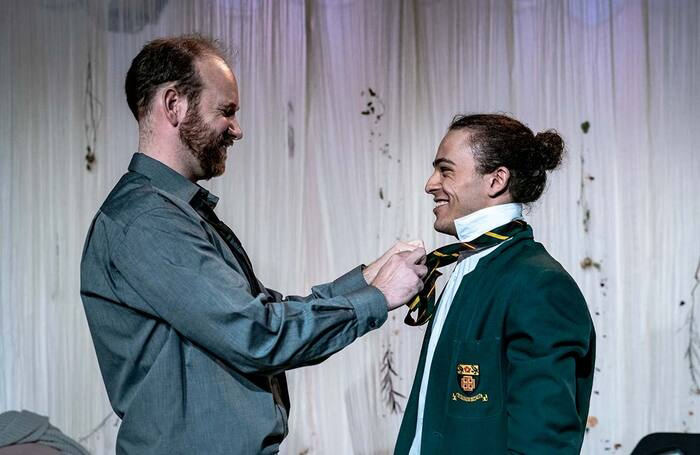 Jude Chinchen rounds off the cast as Andrew. His charming persona is so sweetly written, making his departure so emotionally felt, like a great cloud of grief that looms over the scenes with his parents. Benson-Effiom's sprinkles moments of joy however when Andrew is present in scenes, where he teases his parents and shares a bond with his dad which has warmth. Whilst the scenes of Father and Son unravel, Danielle Kassaraté is left as a reminder of the devastation to come, lingering in the corner, staring into the universe and wishing for everything to crumble beneath. 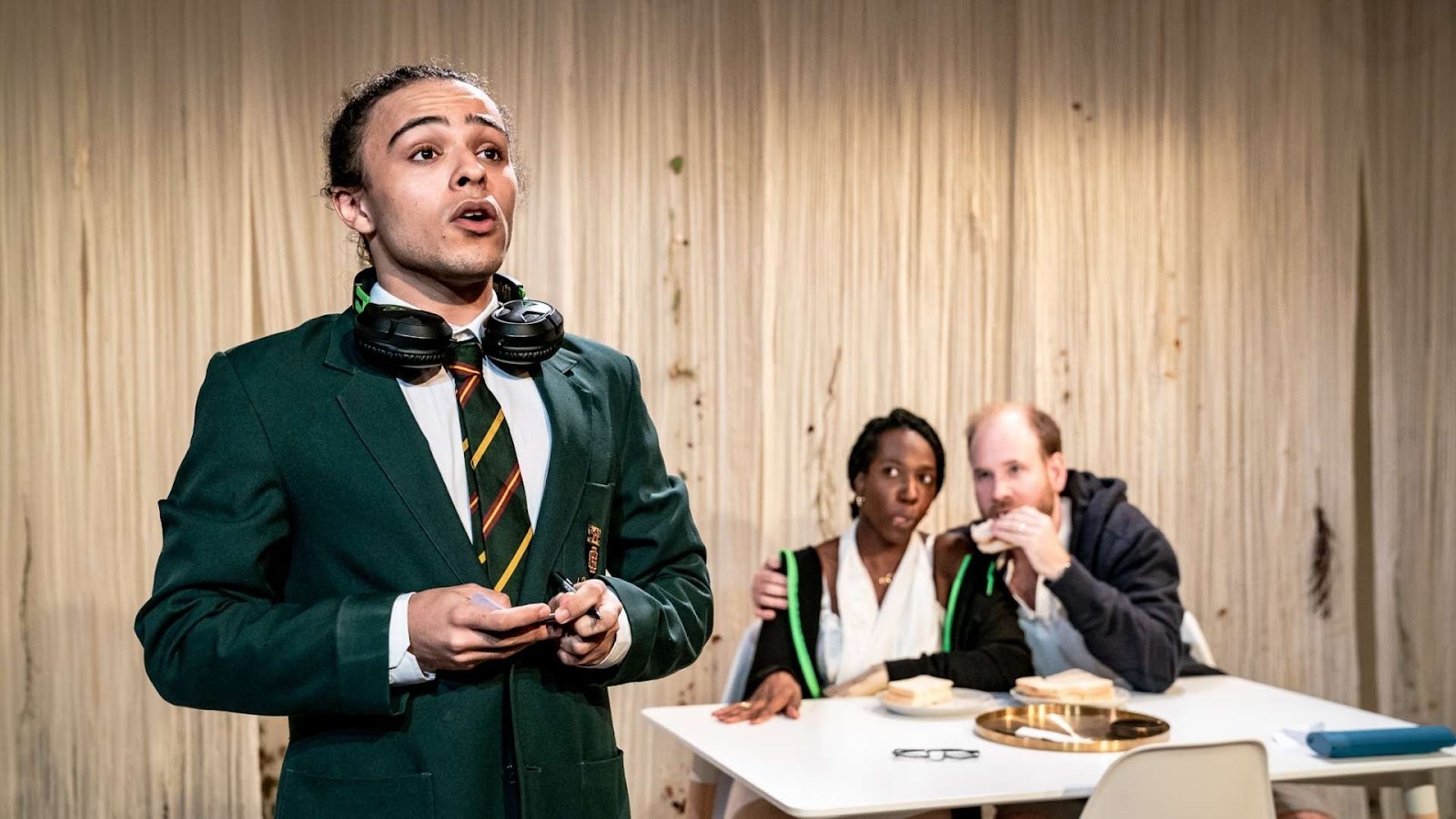 With the present moments taking place the morning of the funeral, the answer machine in their home plays a pivotal part of one, reminding us of Arthur's cheeky voice as his personal message is played over, but secondly brings in off stage characters to pull Sylvia and Daniel further apart in frustration.
Director Justina Kehinde has produced a remarkable switch in the balance of heartache and comfort in these moments, especially when the talk of the future is suddenly a topic of conversation, with physical contact playing a huge part in overcoming the horrors of the fatal day Sylvia has been trying to block from her mind since the beginning.
Til Death Do Us Part runs at Theatre503 until Saturday 21st May 2022.