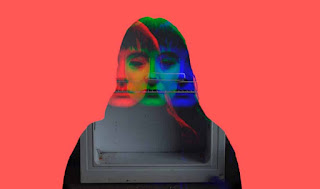 There is a real worry when you see theatre these days where it feels as though there's been a rushed process in getting a production staged. With Emma Zadow's Fridge, which first had a rehearsed reading back in 2016, it feels as though the script should have been finalised over the past six years, yet with a real lack of conviction with some moments in the script, the actions on stage feel lousy and not provoking enough. The lighting of a cigarette, or playing a CD off a Discman, is rushed and clearly not flowing through the character's motion, but rather half asked, which makes us as a small, intimate audience, completely switch off as an audience and lose all imagination.

Acting as Writer and Performer, Zadow is overshadowed by Elizabeth Schenk, who portrays Lois, and is mesmerising in her performance. The thing is, Schenk was brought into the production as an Understudy, and with her energy and engagement way above the rest of the cast; her movements and actions are carefully devised, thought through, and precise, but that then just makes you wonder if it's just the rest of the cast of Fridge that have already just given up with their roles in the show. There's also Edward Watchman in the piece, who gives an unconvincing performance as Charlie, a local farmer, looking after his animals, where he fluctuates in accents and gives questionable emotion and drive in pursuit at the climax of the piece.
Anoushka Bonwick gives Zadow's clunky script a decent grilling as Director, but sadly cannot say it's a memorable take. The only really selling point technical wise to this piece is from Rodrigo Pacheco's Video and Sound Design, which in The Hope Theatre is expertly used to project against the cream style set design by Erin Fleming, with clever storage usage. Pacheco's use of animated footage to really get into the mind of Lois is inspired, and this along with Schenk's performances saved Fridge from being what is otherwise a messy script.
Fridge plays at The Hope Theatre until Saturday 2nd April 2022.
Reviewer: Molly Clifford