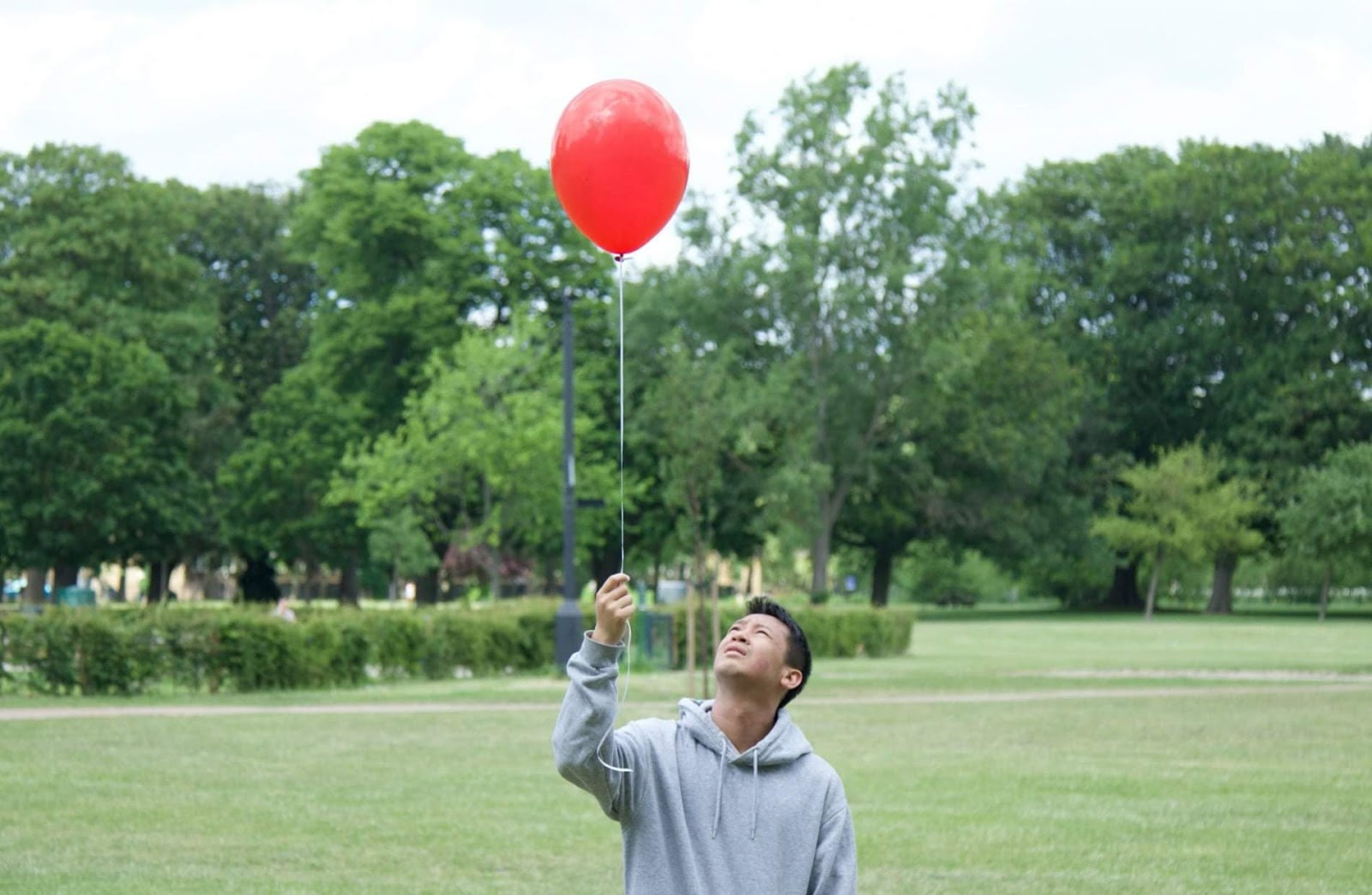 For a team who are at large making their professional debuts on and off stage, Grumble Pup’s Helium is a sharp, melo-dramatic window into the world of repenting how we feel on the inside, whilst trying to keep our physical presence above water; Ben (Steven Nguyen) and Chloe (Elspeth Goodman) work in a party shop, though we are watching their chemistry unfold in what seems to be a rather murky storeroom, evidently encapsulated by the lighting, and the faint noise of a shop front bell ringing in the distance. Starting off as a game of cards turns to a mysterious figure of Judith, who both Ben and Chloe seem to know, but as Sara Dee portrays, gives a performance that leaves us to begin with a little suspicious, especially the notion that all the male members of her family are called Simon.
On the other side of The Space’s quite compact stage, the set which is effortlessly designed by Phyllys Egharevba, is David (Thomas Sparrow) and Kate (Mollie Mcmanus). Whilst I am sure they are nothing like their counterpart in real life, this charming, manipulating character of David has Sparrow perfectly casted in the role, as he towers over the majority of the cast, but doesn’t necessarily use his posture to portray the role, instead using James Turner’s complex script to his advantage, as he often at times preys on others insecurities to his advantages. Mcmanus shines as Kate in the material she is given, but seems to be downplayed a lot, and in a play in which is full of deception and mistreated individuals, where worlds collide, the apparent relation between Ben and Kate is one we sadly don’t get a chance to see.
In her directorial debut, Izzy Carney flourishes in getting out the emotions of all those on stage to a degree where even in a year of no contact, Ben and Chloe especially have a real sense of friendship, where there seems to be genuine laughter and comfort, something I’m sure Carney has worked hard for, though it’s also unclear if any of the cast members knew each other beforehand. Either way, it’s an approach in which Carney deserves praise for, especially given the juxtaposition when Chloe and David confront each other, to which lends itself as the highlight of the whole performance.
The biggest compliment towards the script is how it leaves all the character’s arcs left wide open; no loose ends are tied up, which allows us to imagine the lives of these characters past the script's epilogue, and I found myself wanting to see a Judith-centric production away from Helium, whether as a prequel or sequel, as the script and Sara Dee’s performance when talking about her late husband feels too good to just leave it as a longing monologue half way through the play.